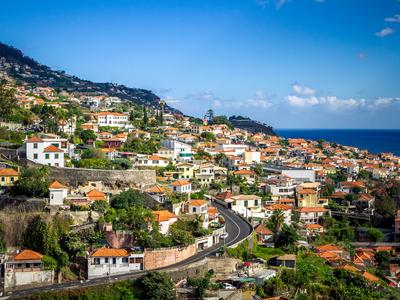 Плюси: "The woman who checked me in was slow and rude"
Мінуси: "Find new ticketing agents. Also there were screaming kids everywhere. Running up and down the aisles. It would have been nice if the airline employees could have gotten their parents to control their children"

Плюси: "Nothing"
Мінуси: "Uncomfortable seats, no room for bags overhead and shocking disembarkation."

Плюси: "Nothing"
Мінуси: "No early check in. The longest line at check in that I ever seen. Terrible seats"

Плюси: "It was short flight so not much to share, crew was ok"
Мінуси: "It was delayed over an hour"

Мінуси: "Had to pay for just a basic cup of juice. No snack provided."

Плюси: "Missed connection in Prague because of delay and it took an hour and a half to get anyone to help us."

Плюси: "Nice crew and new airplane"
Мінуси: "Three hours delay, and no explanation given at all."

Плюси: "Nothing"
Мінуси: "Terrible seats. You are allowed to check 1 bag. They don’t tell you not more than 20kg. Mine was 22 and they make me pay €12 for overweight."

Мінуси: "The plane was late by over an hour, and no one even bothered to update us about the current flight status... We just waited untill an hour later, we got word about what was going on"

Плюси: "Nice staff, smooth flight"
Мінуси: "Everything took ages, no one spoke to us, like time to board the plane, or we are landing...."

Мінуси: "Delay with no apology and with poor information at the airport. The new airplane, but a dirty window."

Плюси: "The crew were nice and helpful. The plain was new."
Мінуси: "I know it's a low cost. I know it shouldn't be so comfterable, but there is not even enough space for your legs.."

Мінуси: "Never had a flight with so little leg room"

Плюси: "It was a direct flight."
Мінуси: "No leg room and a late departure due to a mechanical issue. Also, baggage check was a distance from the check in area."

Мінуси: "I never knew you can make the sit rows so close to each other :)"

Плюси: "Very nice and helpful staff and crew"
Мінуси: "Nothing"

Плюси: "Boarding was fast and quite organized nicely"
Мінуси: "I asked for an emergency place due to my height (6"5) and got one, only to realize that instead of placing 2 rows for the emergency area they placed 3(!) rows, making the emergency exits the smallest rows on the plane. Eventually we were moved to other seats, but that was horrible. No food. No Entertainment. Crew was Hebrew speaking but talked to the passangers only in English (bad one, I must add)."

Плюси: "We landed"
Мінуси: "Very expensive Seats are tiny Expensive to check bags Charge for water and terminal doesn't even have a water fountain"

Мінуси: "Hi, Words cannot describe the damage your crew made when separating the seats between my wife and I. She is pregnant and I wasn't able to sit by her during the flight. SHAME ON YOU!"

Плюси: "The crew was OK."
Мінуси: "Don't let it fool you. SmartWings is a low-coster, although you pay a full price of the CZ Airlines. No food. A glass of water is 2EUR. No service whatsoever. The smallest legroom I ever had. The flight was delayed by an hour and a half with no explanation. And the best part - you're only allowed to check 15kgs of luggage, although you paid a full price for CZ airlines, which allows 23!"

Плюси: "Price point was good, staff was friendly and helpful. Overall the people working here are excellent, but they're clearly fighting an uphill battle against the company's systems/tech"
Мінуси: "*The online check in didn't work, so I wasn't sure if I actually had a flight until I got to the airport. *Upon arriving at the airport, the flight number had changed, which added to confusion. *Upon boarding aircraft, I realized I was assigned row 32... in a 25 row plane. I guess I was the first to realize this, as when I pointed it out to a flight attendant, she conferred briefly with a coworker and then they declared it was open seating. *The beverage service took so long that they never got to my row."

Плюси: "The most horrible flight I have ever been on in my life"

Плюси: "None"
Мінуси: "P.S. I'm not sure they are actually qualified to be called an airline. I would not let them run a grocerry store..."

Плюси: "Nothing"
Мінуси: "The boarding was really slow, there was no entertainment or any service during the flight."

Плюси: "Because of a delay in the first flight, we thought that we will miss our connection, but a Smart Wings agent was waiting for us, took us to a quick exit from the plane, gave us the boarding cards, and drove us to get on time to the next plane. We were stunned! we never got such good treatment"

Плюси: "Nothing"
Мінуси: "No online Checkin. Seats all spread out. Very few staff for check-in and it took for ever."

Мінуси: "The delay of 2 hours"

Мінуси: "Two hrs delay made us almost miss our connection. Had to run all the way through Prague airport, very very stressful experience"

Мінуси: "Flight was delayed. There was no communication of the fact it was delayed or for how long. Once boarding was completed, 1 hour late, we sat in the plane for a further 30 minutes without any communication of the cause of the delay or when we were going to leave. In fact, when the flight actually pulled back from the gate, several people were standing, or in the rest room, having given up on the flight actually departing. Once on the plane, the cabin service was so slow that they were only to serve the first 20 rows before they had to pack up because the plane was about to land. An airline to avoid ..."

Мінуси: "The air craft was extemlly uncomfortable (in my way to Praha). In both ways we recieved nothing, even not a glass of water. Aircraft takeoff was in both sides with a delay."

Плюси: "Absolutely nothing."
Мінуси: "Original departure time: 20h Effective: 23h Because of this unbelieveble delay, I lost my bus to Piccadily and got stuck at the airport to get a train. Result: I was supposed to arrive at the hostel 22h quietly but arrived 4am in the morning. Company Explanation: plane in Madrid. Did they not know that people had bought the ticket and waited in Prague? Where is their responsibility? 110 kc not account for it"

Плюси: "Nothing"
Мінуси: "Original departure time: 21h55 Effective: 24h Delay without any apologize or compensation. I asked for a bottle of water but they sad only for sell."

Плюси: "Efficient and timely flight"
Мінуси: "We were seated in the exit row but did not know this meant that our towels and jackets would be taken from us for landing. It was sooo cold on that plane and very uncomfortable"

Плюси: "Nothing"
Мінуси: "Terrible experience. They do not allow to bring your own water to the airplane and they denied to give me a glass of water. Also they lost my baggage and returne it to me 4 days later."

Плюси: "Nothing"
Мінуси: "The boarding to the plane was 40 minuets late, the plane was crowded and small, there was no food and no entertainment what so ever."