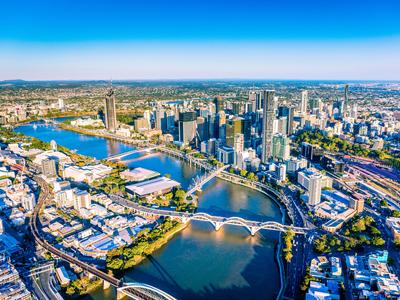 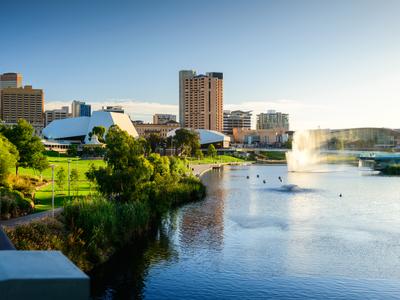 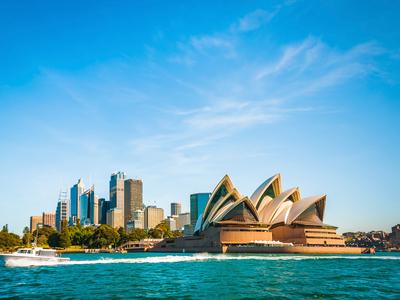 Плюси: "Emirates is my airline of choice. They do everything well."

Плюси: "The food was nice."
Мінуси: "Emirates should consider stop selling the seat that is just located next to the laboratory. It’s simoly too close to the facility and I could not get good rest at all not to mention about the strange smell."

Плюси: "Today amazingly the service was too good, the hostesses were coming forward and asking if we needed something and making the journey comfortable."
Мінуси: "Was nicr"

Мінуси: "Looks like Emirates uses really old planes for this leg. The recliners were not working."

Плюси: "Of the enormous amount of entertainment available, even I found something to keep me occupied."
Мінуси: "Perhaps boarding."

Мінуси: "I made a FaceTime call to my daughter over the Atlantic - nothing better!!! The staff is beautiful, and the ride was smooth."

Плюси: "Friendly staff at boarding and on flight. Very attentive."
Мінуси: "Food was not as nice as other airlines and my 11 yo daughter was only provided normal adult meal. For full service airline actually went thirsty - constant water should be a given."

Плюси: "The attendant helped find me a vegan option at the last second."

Плюси: "Nothing specific"
Мінуси: "I was specifically asked for the vegetarian food n mentioned that I am highly allergic to the eggs....in spite of that no vegetarian food was served till I asked the staff about my food...i was told that there is no vegetarian food for me....n at last I was served with very basic food .....not at all good...i could not eat that n stayed hungry n could not even sleep due to headache n acidity This FOOD experience was extremely Disappointing"

Плюси: "Liked everything esp the luxurious interior& the comfort of the business class"
Мінуси: "Nothing"

Плюси: "Great food and entertainment and the service was exceptional."

Плюси: "The in flight crew was friendly and helpful."
Мінуси: "The seat I have 41A is quite awkward, especially when 41B was a plus size person. The slanting profile of the wall also made it quite claustrophobic. But overall endurance."

Плюси: "The departure & arrival time. A fantastic price that included an excellent meal there and back, 30k luggage quota, entertainment that lasted throughout the duration of the flight. It just seemed seamless and felt like it didn't take that long to get there. I will definitely be catching this flight, every time I return to NZ"

Мінуси: "Waited at the wrong gate, missed the connecting flight and Had to spend $612.00 to get on another flight . What If I could not afford the ticket ?"

Плюси: "Footrest would make the flight just perfect."
Мінуси: "No footrest. Makes it a little uncomfortable for short people."

Плюси: "I was upgraded to business class. Very nice"

Мінуси: "Poor service, host lied when queried on arrival documentation to avoid doing anything. Second person we asked was helpful and answered immediately. Plane was two hours late with no explanation or communication. I did not expect such a poor level of service and it my worst experience with emerits."

Мінуси: "Late boarding. Thought I was flying emirates and turned out to be Qantas. Seats not as comfy. They lost my luggage. Took 2 days to get it back."

Плюси: "Plane was almost full, had a spare seat in the middle. Meals were good. Staff were run off their feet but coped well."
Мінуси: "The flight from Brisbane to Dubai then to Barcelona was excellent compared to the return flight from Dubai. Dubai to Brisbane flight, seats were very uncomfortable, seat cushions were hard. Toilets ran out of paper and hand towels, I had to Inform a staff member. Cabin had a peculiar odour."

Плюси: "Great legroom, quiet plane, seat free next to me"
Мінуси: "Not much"

Плюси: "all entertrainment onboard is excellent ."
Мінуси: "the flight is good,,but unfortunately the staff is not accomodating that much,,need some basic training on what kind of food you are serving to passenger.."

Плюси: "The flight itself was fine"
Мінуси: "But the next morning I became violently ill and had to be hospitalized. Before we took off Emirates reported they were deciding whether to remove a sick passenger from the plane before taking off, which they ultimately did. I wonder if everyone on the flight got sick."

Плюси: "Great selection of entertainment."
Мінуси: "I closed my eyes for one minute and missed the midflight pizza snack. I was very disappointed because i could smell it, could see people being served, was hungry, and no one came by to offer anything."

Плюси: "Over all all was great"

Плюси: "The boarding process was very light and smooth . There weren't many pax though."
Мінуси: "A small smile by the S. Korean cabin attendant whilst conducting the service would have made the flight even more pleasant."

Плюси: "food and drink selection and quality very good. The service and attention paid to children is outstanding. Very much appreciated."
Мінуси: "I did not use much of the entertainment other than radio/music so can not really rate."

Плюси: "The plane was wonderful. Even in Economy, the seats were very comfortable with lots of room, both leg and seat. It felt like I was in Business Class of any other airline I've been on."
Мінуси: "My flight had a luggage limit of 30kg, which sounds good, until you find you pay per kilo, not per piece when you're over."

Плюси: "First time flying in double decker plon"
Мінуси: "I would have been happy to receive points for travel on star alliance"

Плюси: "Efficiency and friendly crew"
Мінуси: "Food and the seats were not cleaned properly as well as well as the safety instruction booklets were dirty."

Плюси: "Seat comfort"
Мінуси: "Food was really bad. I have travelled in Qatar Airways B class and there I was impressed by the food quality. Here it was really pathetic. Crew was helpful but were not willing to go an extra step. Like , offering a cup of coffee after someone wakes up."

Плюси: "Entertainment was very good. Enough variety to pass the time."
Мінуси: "The aisles were blocked a lot of the time making it hard to get to the toilets."

Плюси: "Comfort"
Мінуси: "Food was not provided due to shortage as per attendant."

Плюси: "Timings were perfect for flight landing and departure. Cleanliness was there."
Мінуси: "Service was very poor. Asked for warm water 3-4 times - no response.. Asked for green tea - no response."

Мінуси: "I had an infant travelling with me and they gave a bassinet. When it was in use I was not able to use ICE on the flight because the way it was setup on my seat."