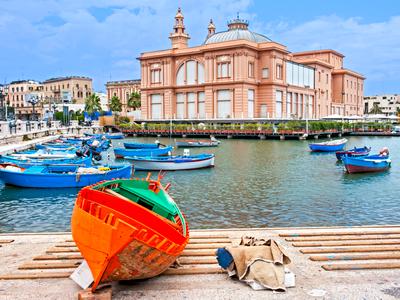 Плюси: "I didn’t die in a fiery crash."
Мінуси: "Everything"

Плюси: "I liked that the flight was short."
Мінуси: "I didn't like that the flight attendants were wearing their badges flipped back so you can't see their names. In need that may be important."

Плюси: "I paid extra to allocate seat upon booking. When I went to check in I was asked to pay for seats again. We then had to sit separately. Upon boarding we were asked to pay £25 each for our hand luggage - even though we fly every month with Ryanair back and forth and have never paid before. Rude staff"
Мінуси: "Staff could be taught customer service skills. and stop taking more and more money off people but advertise as cheap flights because they arent. We have vowed never to use Ryan air again."

Мінуси: "Always seems to be delays while seating in cabin which is frustrating"

Мінуси: "The flight was delayed and we got into EDI very late."

Плюси: "Our flight was early on schedule"
Мінуси: "Boarding started before all the passengers of the previous flight were disembarked from the plane, so we had to wait in the tunnel that goes from the gate to the plane. Another very disappointing thing is that you cannot choose your seat, but you are given one randomly from the system."

Мінуси: "The flight was delayed 40min without any explanation or announcement from captain. We just sat on the runway for 40min."

Мінуси: "I had to pay for the luggage which I already paid when I booked the flight through Kyak. Seats very small. One way ticket for $400 from Palermo to Milan!"

Плюси: "I got assigned to the seat I requested"
Мінуси: "I arrived early per their suggestion and was one of the first few people in line for baggage check in. I was told boarding passes were not free, they charge a fee but she would not do it right there. She sent me off to another window to pay, then I had to come back to this window to get my boarding pass, which had a huge line by that time. It cost me an extra 68.20€ and another 31€ for a checked bag. Definitely NOT the low cost airline they claim to be! The flight may be reasonable but they get you with ridiculous fees. I will never take Ryan Air again- they are crooks! Once they’ve sold you a ticket you are stuck having to pay the fees. It’s cagey business practices."

Мінуси: "Kiwi booking through kayak was deceptive and I had to pay for a ticket at check after learning Ryanair does not do business with kiwi. Price was more than double and kiwi also billed me. Thanks!"

Плюси: "Super helpful employee at check-in in the Beauvais airport in Paris. Friendly Staff on board - service with a smile. Comfortable seats."
Мінуси: "You have to pay twice the amount for bags at the airport but one is aware of it. Best to know how many bags you will check in and be prepared before hand."

Плюси: "We had an emergency exit seat with extra leg room."
Мінуси: "Check in, delays, late arrival, luggage pick up too slow."

Мінуси: "Only one line for those needing to check in at the counter (non-EU) The person who looked to be in charge said we had enough time to wait thru the line. We didn’t. Come very very very early for Ryan Air. We gave up and took the train."

Плюси: "Boarding process was at least organised"
Мінуси: "Staff rude; delay; mess in the cabin during delay; staff not able to keep people quiet plus flight attendants were mixing with people creating more confusion: we paid a ticket for a flight not to be in a pub for 2 hours (the time we spent in the aircraft before taking off)"

Плюси: "Nothing"
Мінуси: "Check in and baggage are a total nightmare I will never use them again"

Плюси: "Price"
Мінуси: "Delays over and hour after we were loaded in plane. No food or drinks offered for their delay"

Плюси: "Staff were good - even the cabin crew member who was still training was friendly and professional. Landing was incredibly smooth. The pilot also dealt very well with the turbulence and was able to predict it so the seatbelt sign already came on before any trouble."
Мінуси: "Even by budget airline standards, Ryanair is mediocre at best. The chairs are uncomfortable for a 4 1/2 hour flight - manageable, maybe, for a shorter journey but not anywhere good enough for that length of time. Boarding took an unusually long time and even priority passengers were stood around waiting to get onboard a good 15 minutes or so after already having gotten into the jetway. Not to mention after landing, we were stood over an hour waiting for baggage because, for some reason, four different flights used the same carousel (and presumably only had one team getting baggage off all four planes) despite there being a second one free which I'm sure they could have easily used. Don't have four planes landing near concurrently if you don't have the facilities to deal with it. Ryanair is cheap, yes, but by the time you have to pay ridiculous amounts for things most other airlines consider normal (for starters, you can't even take a full size hand luggage bag on board without priority boarding), it adds up to being less "budget" than it would have been to fly with a higher end airline like British Airways and you'd have to be an idiot to choose Ryanair over a cheaper, higher quality, airline. Honestly, I have no idea how people choose Ryanair more than once in their lifetime."

Плюси: "It was a cheap flight. Crew on board was ok."
Мінуси: "Plane arrived at Stansted late. The queues were horrendous and not clearly marked. One of the ground staff was very rude to an Indian lady who only asked if it was the correct queue to be in. Perhaps the customer was Indian born and the ground staff was British born of Indian descent? Flight arrived late to destination by about 30mins."

Плюси: "Your personal in plain is young, nice and I like them becouse they are smailing all time."
Мінуси: "You can give to pasenger one drink (coffee) like preasen!?"

Плюси: "Boarding was quick"
Мінуси: "Flight was late as always and not properly managed"

Плюси: "Staff was nice and friendly."
Мінуси: "It was a 35 min flight. Although cheap, the baggage fees are ridiculous. It was cramped. And it took forever to board. Seriously our boarding passes were checked 3 different times."

Мінуси: "We had technical problems so our flight was late one hour"

Плюси: "Crew"
Мінуси: "No food to choose from and very expensive"

Плюси: "Flight was good."
Мінуси: "Boarding area was completely full with no where to sit because there wasn't enough seats for the amount of people."

Плюси: "Cheap ride and cheerful crew."
Мінуси: "The flight was delayed by 2 hours, which was a bummer because I missed the check-in window for my hotel in Italy. We also had to walk out onto the runway to board and then had to head back inside. The crew sold us on products throughout the trip."

Плюси: "Cheap and got to Madrid 15 mins early. You get what you pay for."
Мінуси: "Early Sunday fligh... took 30 mins to queue from motorway to Stansted terminal. If were checking in bag there was a big queue too (I didn't need to). The slowest part was airport security, allow extra 20 minutes at least to get through. Did priority boarding so we didn't queue to board and sat together and had room for our bags (some ended up at feet or in hold)"

Плюси: "Over all ir was god."
Мінуси: "All the extra charges you attemp to charle. Mainly concerning luggage."

Плюси: "The crew on the actual flight was nice. Also, a kind and patient Ryanair employee helped us with check-in after our awful experience with their customer service desk."
Мінуси: "The customer service representative at the Dublin airport for Ryanair was extremely rude and was annoyed from the moment we stepped up to the desk. Yes, Ryanair is a budget airline but it costs $0 to be nice and helpful especially if you are working in customer service."

Мінуси: "The flight was delayed 1h 30min. We lost our connection to New York and hs to buy a new ticket that cost us over 500usd each. Its incredible how little preocupation you put on getting to destination in time."

Плюси: "Friendly staff"
Мінуси: "Wait to get in the bus that took us to the plane where there was not enough bus to accommodate everyone"

Плюси: "Nice crew"
Мінуси: "1 and a quarter hours and 4 attempts to land on Bari airport. Information very poor. Capitain said due to air traffic issues (on Bari!?). Looked like we were having problems with the landing gear. Happy we made it."

Плюси: "Nothing"
Мінуси: "My flight was delayed more than six hours and they never offer me an alternative solution and I lost my connection flight. The worst experience ever."

Мінуси: "There was nothing I could eat. None of it appetising. And not even about cost."