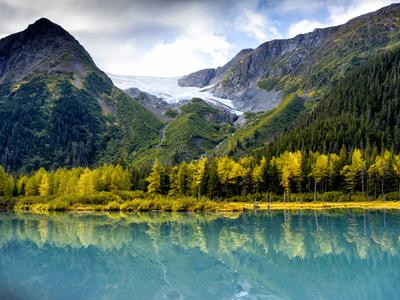 Мінуси: "The flight was delayed by more than 45 min as 2 passengers noticed that the plane was not cleaned properly prior to boarding (apparently there was a large mess around their seats). As a result, the cleaning crew had to board the plane and remedy the situation. In addition, the crew was rude."

Плюси: "The view."
Мінуси: "Landed early by a bit. Made to wait on runway 30 minutes before we could park at gate. Figure it out United - maybe if you worked with your airport partners better they’d help you the 1 or 2 times you’re actually early."

Мінуси: "Late start by approximately 30 minutes. Made up the entire 30 in the air. Smooth ride all the way!"

Плюси: "Nothing"
Мінуси: "The flight was canceled, so taking off would have been an improvement."

Мінуси: "Flight leaving on time and not over fueling the plane and missing my connection in Houston!"

Мінуси: "Seats were super small, people kept bumping us, and so did the crew, without even say sorry"

Плюси: "Corralled group lines allowed people to get in line when I was ready versus open entrance for each group"
Мінуси: "Plane arrived late to gate making my flight arrive in Austin an hour later. I have an ride home, too."

Плюси: "I don't know why the 2-seats-per-side planes are so much more comfortable than the 3-per-side ones, but it was a much better experience than my previous one. As far as economy seats go, it was about as comfortable as I've had."

Плюси: "Cabin crew were polite and hard working"
Мінуси: "The fact that flight leaves gate on time and sits on tarmc for 15 minutes. This would be listec as on time departure but is a fraud. United has too few machines that work too slowly to tag bags and get tickets. On ground United staff rude and unpleasant. They are a disgrace to their stockholders! Also Newark Airport is decrepit and the United Terminal is run down with poor services that arte ovrpriced and dirty."

Плюси: "Flight attendants and other crew work long, hard hours, and I appreciate them greatly, particularly those who have enough self-awareness to be honestly gracious and friendly (as opposed to plastic smiles). I did not get this young woman's name, unfortunately, but everything about her work was exemplary. Thanks!"
Мінуси: "Everything was just fine."

Плюси: "The crew were excellent and receptive to needs on the flight."
Мінуси: "Baggage Claim was a nightmare. I did not receive a baggage ticket when I checked my bag in London. Part of that is my fault. I should have made sure I had one. It took an extra long time to get my bag. Everyone else had left the area from my flight and I approached the counter. The attendant at the counter was rude. She said she couldn't help me unless I had the baggage claim ticket. Which I get that, but it all comes down to how she said it to me. She went over to the carousel and said that my flights bags were still going around and at that time I saw my bag. I said there it is to her and she responds, well you can go get it yourself then. Just completely rude. It all came down to how she responded to me. I was freaking out at the prospect of my bag being lost and she responded as clipped and uncompassionately as possible."

Плюси: "Delayed outbound so I got to CA much later than I needed to be."

Плюси: "One of The Malé african American flight attendant was fantastic."
Мінуси: "The Wi-Fi did not work meaning we had zero entertainment From Califórnia to New York. To make things worse, we left at 6:30am pacific and landed at 2:40 eastern with nothing to eat. My girlfriend is diabetic só thank God we had a chocolate bar"

Плюси: "I liked that we didn't crash into snowy mountains. I like that we landed."
Мінуси: "OMG. First class seat "broken" - wasn't really able to lean back because it went "too far" into row behind me. Nope - that's actually how the chair is designed. Was asked to sit upright the entire 7 hour flight. IFE spotty at best. It kept rebooting and kicking me and others out. I guess food was "okay" as I honestly don't remember it at all. This is my last of 10 years at 1K with United. Moving airlines this year."

Мінуси: "The seats were so uncomfortable. My neck and lower back hurt afterwards. I do not recommend taking an overnight flight with united or do not expect to sleep if you do."

Плюси: "Boarding and crew attendants were courteous and helpful. Flight left on time and arrived early. Luggage arrived and my time inChicago was short."
Мінуси: "Seats crowded but I was fortunate to not have a person in middle seat. Implied tv was free but system kept asking for my credit card."

Мінуси: "Getting bk to anchorage @midnight instead of the origibal time of 2:00 due to not having a fuckin pilot in new orleans"

Плюси: "I'll always contact kayak for my up coming flights"

Плюси: "Entertainment could not be turned off, so there was a moving screen all the time. Selection poor. Could not access flight info. Could only watch at specific times. Seat had a hard lump very uncomfortable."

Плюси: "United delivered us to Anchorage so late that we missed the very last flight out of Anchorage to Homer. We had to pay for a hotel room and full price tickets to fly the very next morning. Because United delivered us to Anchorage so late, we had to spend so much money on the hotel and next day flights. Until this point I have always been happy with United but I don't think we can go with United anymore after this."

Плюси: "The flight crew on this route is one of the best that ive ever had the pleasure to have been served by. The ladies were extremely helpful and were always out helping serve the people"
Мінуси: "The cost of the entertainment and that it didn't work all the way. Lost like the last two hours of the flight, not very good especially having to pay for it"

Мінуси: "Missed it due to delays"

Плюси: "Texted notifications of the many delays and changed gates until it finally left"
Мінуси: "Flight was delayed due to mechanical issues AND a delayed crew"

Плюси: "N/a"
Мінуси: "We paid extra to have seating together in an upgraded to business class. We paid an additional $89.00 each for this option on top of our airfare. When we got to the boarding gate and we were ready to have our ticket scanned we were told, "unfortunately, you two won't be able to be seated together, we had a seat change that affected your seating." then we were asked to go to the counter at the gate to see what could be done, but there was nothing that could be done, the flight was full. So our money was collected but due to the mess up on seating and loss of our $600.00 epi pen medication we didn't take the flight."

Плюси: "stewards left me alonee to sleep"
Мінуси: "Over crowded back half of the plane... With the first 10 rows basically completely empty (only 8 people in the front 60 seats) That flight to anchorage arrived an hour early which is awesome, but we had to wait 45 min on the plane "for an empty gate" they said. There were at least 4 empty gates I could see from my window in the sand terminal we ended up deboarding at. Very frustrating"

Плюси: "Customer service was excellent,very friendly."
Мінуси: "Delay of the plane and every show you have to pay for even the flight map, that was very disappointing."

Плюси: "The boarding process went smoothly and was on schedule."
Мінуси: "Overhead compartment filled up and it was hard funding space for my bag."

Плюси: "Not too much cause of seating....but the crew was good!"
Мінуси: "Seating was so bad unless you are rich!"

Мінуси: "no entertainment united didn't let me connect flight and it is not our fault. but they didn't even pay for the hotel and check in luggage fee that i didn't have to pay if i could connect flight from Tokyo on the same day."

Плюси: "I liked the fact that it was a direct flight and the departure and arrival times were just perfect. I really liked the cookies they had. If I had wanted to use it, there was WiFi available."
Мінуси: "We took off late due to mechanical problems and I think the practice of allowing first class passengers to board first and then get in the way of other people trying to board later is inefficient."

Плюси: "Because of our incident in LV, This flight was out of Denver. The flight attendants were fantastic! The staff was very helpful, and was able to get seats together."
Мінуси: "They had issues with the wifi, so there was no entertainment."

Плюси: "Couldn't check in on line or at the kiosks with Lufthanse. At airport, sent to SAS desk, and after a 1 hour wait in line, sent to United desk -- that was the airline Lufhanse assigned us to (months in advance, based on flight times) but never to us about the switch. United desk was about to close and we nearly missed the flight -- seat assignments made at the last minute at the gait. We'll try to to avoid air travel in the future. Just too hairy and full of uncertainties and frustrations. Only funny part was the sign at SAS checkin warning against assaulting the agents -- must happen a lot."

Мінуси: "As a military spouse I was not allowed to check a bag free so I paid the fee. When I boarded I noticed many passengers bringing bags on that we're as big as the one I just paid for. They either checked for free or brought it on and managed to shove it in sideways taking up space that others needed. Some people brought three bags on!!! As a military spouse I feel cheated to have had to pay when others checked in for free at the gate. Not cool United, either let the spouse check in for free or make everyone abide by the so-called rules of one carry on that actually fits into that metal baggage guide. I would like a refund of 50.00 for the baggage fees I paid for this trip."

Мінуси: "The fact that the tv is on constantly without the option to turn it off is annoying. The viewing length to passenger is too short to really enjoy (Probably not your fault). PLEASE permit us to turn it off. The constant repeating of the Dish commercials while in dead air space is so annoying I will never consider Dish as a provider.! Please play more than one entertaining video than repeating the one about alligators (crocodiles?)."

Плюси: "No one sat next to me on the airplane. It was a smaller airplane so i appreciated that with my long legs."
Мінуси: "My flight was delayed several times which set me behind, but was good because of my first flight being delayed as well."